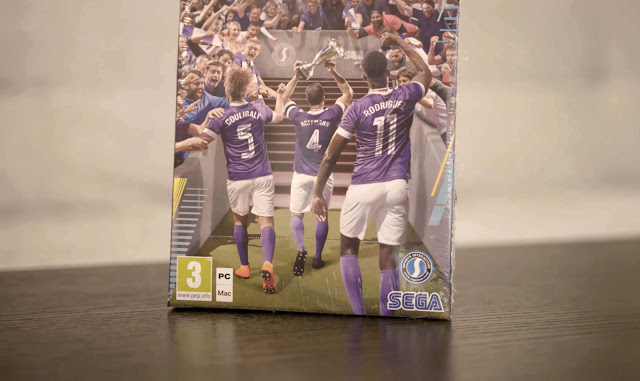 Miles Jacobson is studio director at Sports Interactive, who make the Football Manager series of games. He did a Twitter poll about what people think about climate change and thankfully there was only a small percentage of people who thought it was a hoax, cause we can all see in the world at the moment it definitely isn't!

But what was really interesting was the feedback, where people were saying that whilst they were doing things as individuals, they didn't feel companies were doing enough. So this fueled an initiative by Sports Interactive and Sega regarding the packaging of their game.

The entertainment industry, not just Sports Interactive, but the film industry, the games industry and the music industry have been part of the climate change problem because of the amount of plastic in their packaging. So, with the FM 2019 packaging, there was shrinkwrap that wasn't recyclable and a plastic case.

What you end up with at the end of it is you will always have some unsold copies of the game and what do you do with them? They end up going in landfill. It's uncertain whether any have washed up on beaches, but it's a problem for the whole industry and for the entertainment industries as a whole because they need to know of a better solution.

The packaging for Football Manager 2020 differs. The idea was to try and come up with some packaging that's more eco-friendly, not just for Football Manager but also for everyone else to be able to adopt as well. And they did it. The shrinkwrap is low-density polyethylene, LDPE, which means it is recyclable. It's level 4 on the recycling scale, but it means that people in the UK certainly, local councils will just pick this up with no problem.

But also, the packaging itself is made from 100% recycled cardboard, it's 100% recycled fibres that go into this. It's printed with vegetable ink so if you do want to eat the packaging, it's vegan! The manual that will be going inside there will also be using recycled paper, and even the discs, whilst the discs can't be put in a standard recycling bin, the discs can be sent off in provided addresses for people in loads of different countries of where they can send their discs off to.

This packaging is about 30% more expensive, but they don't care. Some things are just more important. Now with the print run of their box copies, they are saving 20 tonnes of plastic this year by changing the packaging, and this is quite a big number.

Now, Football Manager is not the biggest game in the world. Imagine what happens if every other game, if every film company, if every music company switches to this packaging, how much plastic we're going to be saving in the world?

The above text is an edited version of the transcript of certain excerpts from the video shown below.