What is the difference between an Inside Forward and an Inverted Winger? 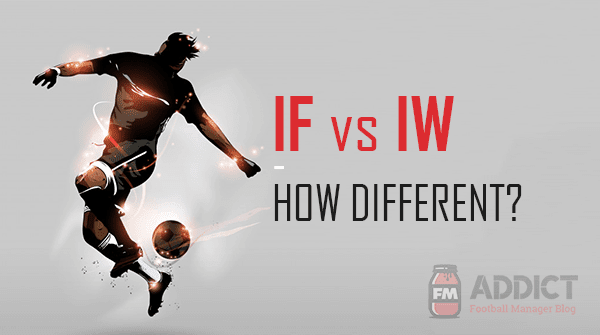 IF and IW are very similar roles which are a common choice for many Football Manager tactics. The IF role in particular is quite popular.

But apart from these couple nuances, their general behavior is largely similar. And the vast majority of players who can play the IF role can equally successfully play as an IW as well.